Does Your Kitchen Staff Know What to do When a Grease Fire Occurs? 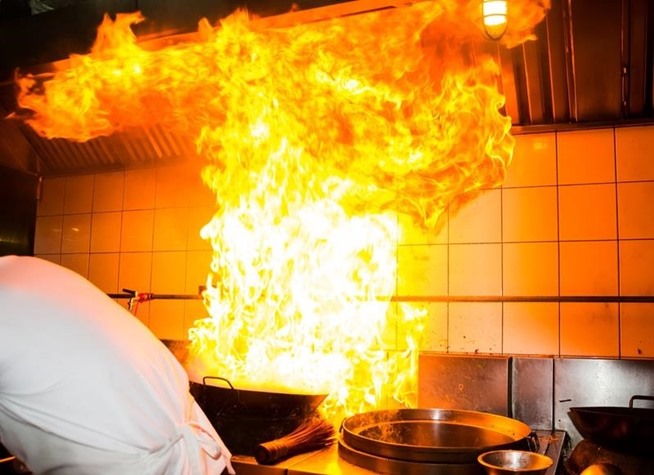 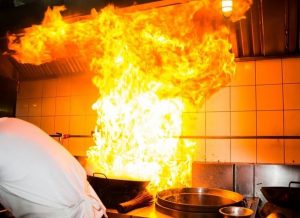 Grease fire prevention is absolutely essential in a commercial kitchen. Local fire codes demand that commercial kitchen operators comply with specific safety guidelines in this area including proper maintenance for their cooking appliances, fire suppression systems, and exhaust systems. Despite having all relevant safety measures in place to prevent grease fires from occurring, it is imperative your kitchen staff knows what to do if a grease fire does happen.

How do grease fires start?

When cooking oil or grease from animal fat gets too hot, it will catch on fire. Liquid oil itself does not burn. Rather, it is the vapor from oil that has reached its boiling and vapor point that ignites. The flash point of a flammable liquid material is the lowest temperature at which the material can form an ignitable mixture in air. For vegetable oils, this will happen around 450°F while lard and other animal fats will com-bust around 375°F. When the cooking oil reaches these temperatures, it is giving off vapors that can be ignited by an ignition source such as an open flame or hot cooking surface. The situation will be much more dangerous if the fire manages to spread to the interior of your exhaust hood or duct work as it can easily travel to other parts of the building from there.

Follow these simple rules if a grease fire does occur: